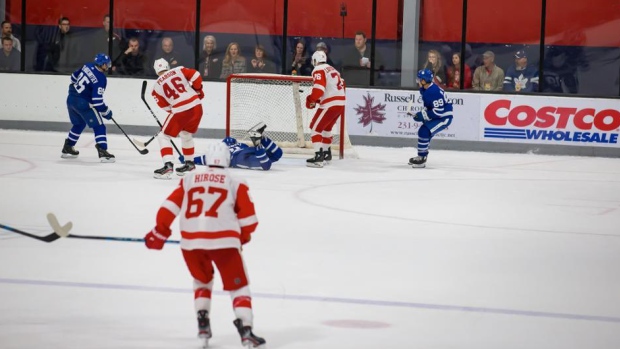 TRAVERSE CITY, Mich. — Chase Pearson had a hat trick to lead the Detroit Red Wings past the Toronto Maple Leafs 7-4 on Monday in an exhibition rookie tournament game.

Troy Loggins had a pair of goals for the Red Wings, while Taro Hirose and Joe Veleno, into an empty net, also scored.

Teemu Kivihalme led the Maple Leafs with a two goals, while Semyon Der-Arguchintsev and Nicholas Robertson rounded out the attack.

Sean Romeo, a free-agent invitee out of Ohio State, had 24 stops for Detroit.

Ian Scott made 27 saves for Toronto.