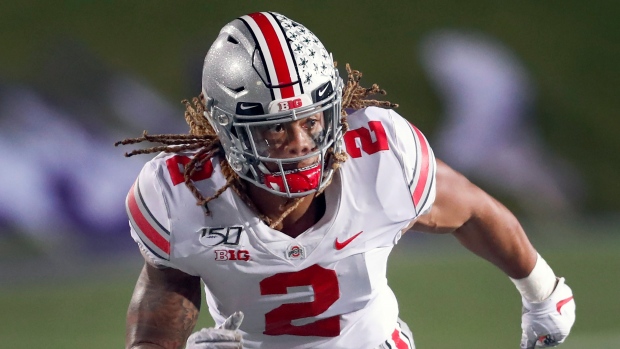 Giving the stellar season he's had for the Ohio State, it seemed like a forgone conclusion that Chase Young would leave for the NFL at the end of the season. The star defensive end, however, recently said that the NFL isn't currently in his plans.

Young was in New York City on Friday ahead of Saturday night's Heisman Trophy presentation and was asked by TMZ if he was focused on the 2020 NFL Draft. In response, the Heisman finalist told the outlet that he hasn't been thinking about the NFL and that the "plan" is for him to return to Ohio State next season.

Young, who is considered by many to be the best player in college football and potentially the top prospect available for the upcoming draft, broke Ohio State single-season sack record in 2019 despite missing two games due to an NCAA violation. For his strong campaign, he was named the winner of the Bronko Nagurski Award, which is given to the nation’s top college defensive player on Monday night. Young has 44 tackles, an NCAA-best 16.5 sacks and six forced fumbles on the season.

Just a junior, Young still has one more year of NCAA eligibility remaining. His Ohio State squad will take on Clemson on Dec. 28 in the College Football Playoff semifinals.