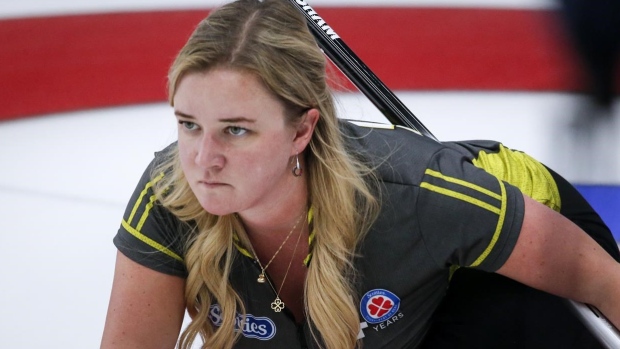 Team Carey is excited to announce its new lineup for the upcoming 2022-23 season!

The 37-year-old skip will continue to play with 2021-22 teammates in Jolene Campbell and Rachel Erickson, who will play third and lead, respectively. Liz Fyfe, who has played with Tracy Fleury's rink for the past four seasons and was a finalist at November's Tim Hortons Curling Trials, will be the new second on Team Carey.

"I'm beyond excited with the team we've built for the upcoming season," Carey said on Facebook. "We looked around at the changes happening and tried to figure out what made the most sense moving forward. When you have the chance to add a player of Liz’s caliber, you have to jump on it. Everyone is looking forward to the next quad and we're no exception with our blend of youth and experience."

The current version of Team Carey are 36-18 on the season, winning a bonspiel in Saskatoon back in late September. They lost to Team Penny Barker in the Saskatchewan final, but competed in the Scotties Tournament of Hearts as one of the three wild-card rinks, missing the playoffs with a 4-4 record.