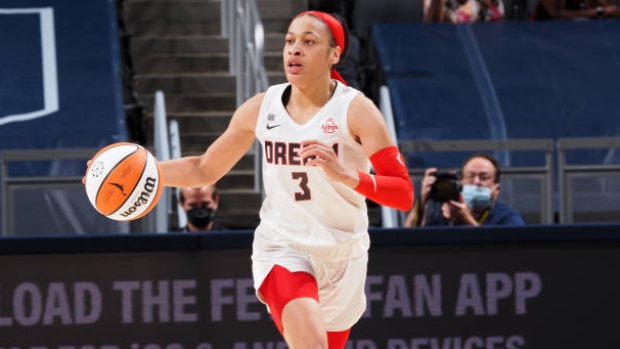 Carter made 1 of 2 free throws with 4.5 seconds left for a four-point lead. Indiana, without a timeout, turned it over near midcourt as time expired.

Hayes and Carter each scored 12 points in the first half and Atlanta led 41-34 at the break. Shekinna Stricklen scored nine points in just five second-half minutes for Atlanta, making 3-pointers on back-to-back possessions late in the third for a 57-55 lead.