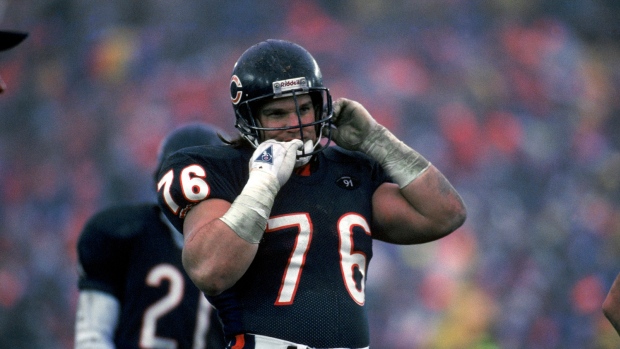 Former All-Pro defensive tackle Steve "Mongo" McMichael revealed that he is living with ALS on Friday.

The 63-year-old Super Bowl winner with the Chicago Bears, who later became a professional wrestler with World Championship Wrestling, told the Chicago Tribune's Dan Wiederer that his condition has already begun to deteriorate in the three months since his diagnosis.

“I thought I was ready for anything,” McMichael said. “But man. This will sneak up on you like a cheap-shotting Green Bay Packer.”

McMichael says that he now needs to be fed by his wife, requires help bathing and is losing power in both arms and legs.

“I know what it feels like to go in the weight room and do a set of three with 725 pounds on the squat rack,” McMichael said. “Now? When I get up and try to move? It feels like I’m doing 1,000 [expletive] pounds. And it’s just exhausting straining that hard. That’s what my world is now.”

At times, McMichael says he feels like a burden on his wife and teenage daughter.

“I’m not the provider anymore,” McMichael said. “I’m just one of the animals. I’m last in line behind the chihuahua. We’re both waiting in line to go to the bathroom.”

The Houston native says he's using his interview with Wiederer as a goodbye to public life and is not planning on making any further public appearances.

He says that one of his doctors suggested that the rigors of his football career might have made him more susceptible to neurological illness.

"One neurologist I saw suggested to me that ‘Maybe the damage you did to yourself opened the door for what’s happening (now),'" McMichael said. "But there are other people who get this where it just opens the door itself and kicks their ass."

Despite that, McMichael says he wouldn't change a thing about his life and career.

“Hell yes, I would do it all over again,” McMichael said. “Because it’s that journey that’s the reward. It’s that climb and how hard it was to substantiate yourself as out of the ordinary. That kind of achievement isn’t just given to you.”

Originally taken in the third round of the 1980 NFL Draft out of Texas by the New England Patriots, McMichael spent 15 seasons in the NFL with the Pats, Bears and Packers. A vast majority of his time was spent with the Bears, for whom he played a key role in their lone Super Bowl title in 1985.

Upon his retirement, he spent five years in WCW, most notably as a member of the Four Horsemen faction alongside Ric Flair and Arn Anderson.