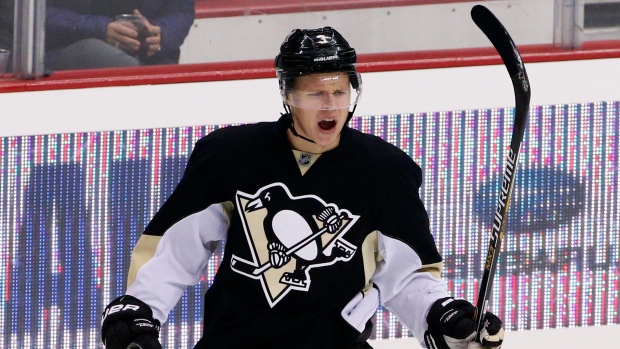 The Pittsburgh Penguins have traded defenceman Olli Maatta to the Chicago Blackhawks for forward Dominik Kahun and a 2019 fifth-round pick, according to TSN hockey Insider Darren Dreger.

The 24-year-old Maatta scored one goal and added 13 assists in 60 games last season. He has spent his entire six-year NHL career with Pittsburgh, winning two Stanley Cups in 2016 and 2017.

Kahun, 23, is coming off his rookie campaign in which he scored 13 goals and added 24 assists in 82 games.

"Dominik had a great rookie season with the Blackhawks," Penguins GM Jim Rutherford said in a statement. "He is a speedy, versatile player capable of playing all three forward positions. He also saw time on Chicago's power-play and penalty killing units. We are very excited for him to join our team."