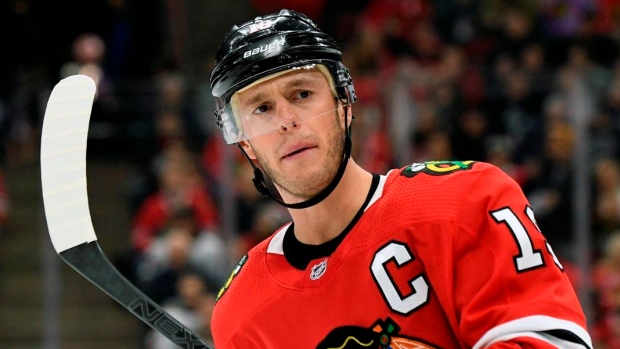 Chicago Blackhawks captain Jonathan Toews will likely miss the remainder of the season with the medical condition that has kept him out of action for the entire 2020-21 campaign, according to TSN Hockey Insider Darren Dreger.

Toews is getting healthier and is expected to be ready for the start of next season, reports Dreger.

“The good news is that his health is getting better. As long as he stays headed in the right direction He should be healthy & ready to return to the Blackhawks next season. It has been a very challenging year for the captain of the Blackhawks.” - @DarrenDreger on Jonathan Toews

"This offseason, I've been experiencing symptoms that have left me feeling drained and lethargic. I am working with doctors so I can better understand my condition.

Until I can get my health back to a place where I feel I can perform at an elite level and help my team, I will not be joining the Blackhawks for training camp. I do not have a timetable for when I will rejoin the team. I am extremely disappointed, but it wouldn't be fair to myself or my teammates to attempt to play in my current condition."

The 32-year-old scored 18 goals and added 42 assists over 70 games with the Blackhawks last season, his 13th year with the club.