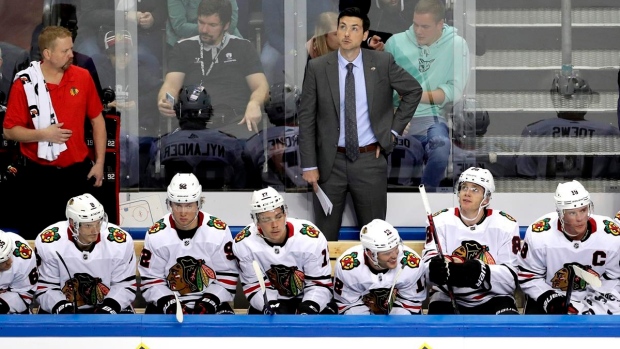 The Chicago Blackhawks are keeping the band together for 2020-21, says chairman Rocky Wirtz.

“Oh yeah, absolutely,” Wirtz said. “There’s not going to be any changes in the front office.”

At the pause of the NHL season, the Blackhawks sat last in the Central Division on 72 points, six behind the Nashville Predators for the final wild-card spot in the Western Conference.

Wirtz says that he understands any fan discontentment.

"I think of where it was before," Wirtz said. "We went from being angry to being indifferent and it didn’t matter. Those three (Stanley) Cups, it really elevated everything to the level (it is now). Of course, they’re frustrated. Everyone’s frustrated. You want to do it. But there’s nothing with the frustration because we put high expectations on ourselves, as the players do and the fans do, too. I’d rather have them be frustrated and wanting us to get better than being indifferent and not giving a darn."

The team has missed the playoffs in three of the past four seasons.

Colliton, promoted to head coach upon the dismissal of Joel Quenneville midway through last season, has amassed a 62-58-17 record.