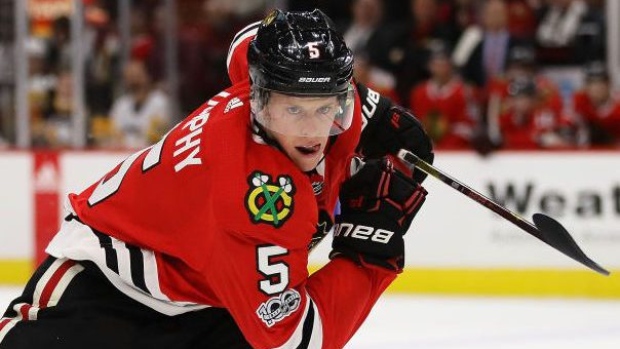 The deal will carry an average annual value of $4.4 million for Murphy, who was scheduled to become an unrestricted free agent next summer.

"When we acquired Connor in the summer of 2017, we had visions of him growing as both a player and leader in our organization for many years," Blackhawks general manager Stan Bowman said. "He has transformed into a defenseman capable of matching up with the opponent's best players and someone we trust to help us preserve a lead in the final minutes. Connor's voice carries weight in our locker room as a veteran presence and we're thrilled that his development and leadership will continue as a Blackhawk."

He was acquired by the Blackhawks in 2017 from the Arizona Coyotes along with Laurent Dauphin for Niklas Hjalmarsson.