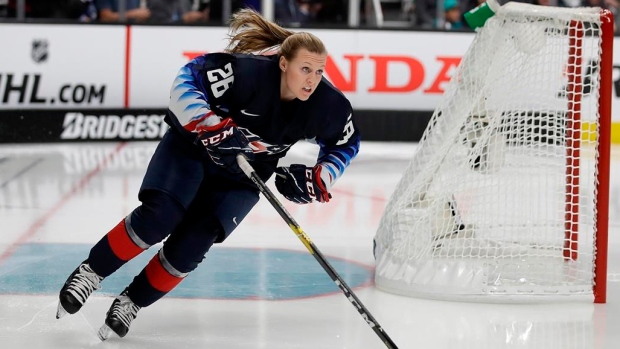 The organization has also added former NHLer Erik Condra as a player development coach and Juan Gonzalez was added as strength and conditioning coach for their AHL affiliate, the Rockford Ice Hogs.

Coyne Schofield and Condra will assist the Ice Hogs in the skills development of current players while also scouting, evaluating and assessing potential prospects.

"Adding talented people with diverse and multi-faceted backgrounds like Kendall, Erik and Juan enhances our operations as we assess the changing landscape of hockey at all levels and continue to build and maintain a system of elite hockey," said Blackhawks general manager Stan Bowman. "Each of these individuals brings unique experience to their position, and we are excited to welcome them to the Blackhawks family."

A forward for the U.S women's national hockey team, Coyne Schofield is an Olympic gold medalist (2018) and a six-time IIHF world champion. She became the first woman to participate in the NHL All-Star skills competition on Jan. 25, 2019 where she posted a time of 14.326 seconds in the fastest-skater challenge. She has also recently held broadcasting analyst roles with NBC Sports and NBC Sports California.

Condra was a seventh-round pick (211th overall) by the Ottawa Senators at the 2006 NHL Draft. In 372 career NHL games, he recorded 40 goals and 99 points in stints with the Senators, Tampa Bay Lightning and Dallas Stars.