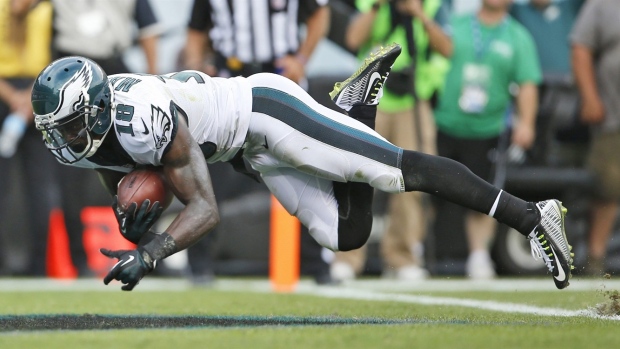 Branch helps to fill a void at safety created by Eric Berry's ongoing treatment for lymphoma and the potential loss of free agents Kurt Coleman and Ron Parker.

The 28-year-old Branch has been solid when he's healthy, but injuries have kept him from appearing in just five games over the past two seasons. Branch broke his leg two years ago, and last year was off to a strong start before a season-ending foot injury.

Branch signed a $26 million, four-year deal with Oakland before the 2012 season, but the seven-year veteran was released last month in a cost-saving move.

"We are excited we were able to reach a deal with Tyvon and bring him to Kansas City," Chiefs general manager John Dorsey said. "He is a physical player who we feel can help our defence. We're looking forward to having him."

Branch is considered a good run-stuffing safety, making 461 tackles and eight sacks over the course of his career. The Chiefs struggled mightily against the run last season.

That run defence should be improved by the return of defensive tackle Mike DeVito, who agreed to restructure his contract to remain in Kansas City. DeVito missed nearly all of last season after sustaining a torn Achilles tendon in the opener against Tennessee.

The Chiefs have also reached an agreement with linebacker Tamba Hali to restructure his contract. Hali has spent his entire nine-year career with Kansas City.

Even after the restructurings, the Chiefs are still hard up against the salary cap. One way they could save a considerable amount of money is by redoing wide receiver Dwayne Bowe's contract or by releasing him entirely. Bowe is scheduled to count $14 million against the cap.