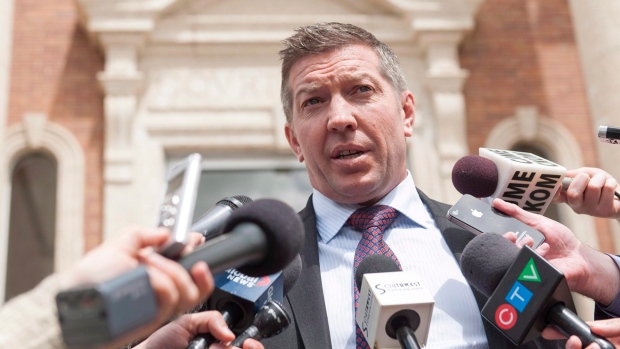 The Canadian Hockey League announced Thursday that it has appointed an independent review panel to look at the current practices and policies in place that relate to abuse, bullying, harassment and hazing as well as the allegation that players do not feel comfortable reporting those behaviours.

“The CHL is committed to the 1,400 young men who play in our league and the protection of our players has been and will always be our primary concern,” said CHL President Dan MacKenzie. “This is why we have assembled this Independent Review Panel to review the effectiveness of our current policies, player experience programs and procedures for reporting off-ice misconduct, to help ensure that we are providing the safest environment free of hazing, abuse, harassment and bullying.”

“As a former member of the Université de Moncton Aigles Bleus and lifelong hockey fan, I can attest to the fact that hockey, at all levels, is a key part of Canadian culture,” said Theriault. "I look forward to working with my fellow panel members to review the CHL’s policies and practices to ensure the safety and wellbeing of all players.”

The league says the goal is to have the Independent Review Panel's report completed in time for the start of the 2020-21 season.

On Jun. 18, former CHL players Daniel Carcillo and Garrett Taylor filed a class-action lawsuit against the CHL alleging "the Canadian Hockey League and its three major junior leagues have been complicit for decades in rampant hazing, bullying, and abuse of underage players by coaches, team staff and senior players."

Other former CHL players including Brad Hammett and Dan Fritsche have since joined the lawsuit.