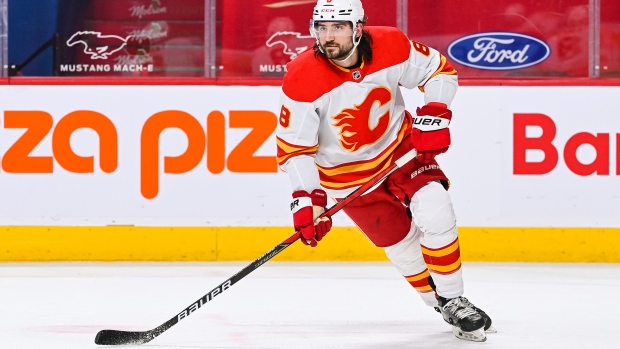 The 32-year-old Tanev was injured in the second period of Friday's Game 6 and did not return for the final frame. Head coach Darryl Sutter said Tanev saw doctors and got treatment on Saturday.

Stars centre Luke Glendening was also absent during the warmup.

Flames will start the game as:

Tanev, Johnny Gaudreau and Mikail Backlund were all absent from the Flames' morning skate.

Sutter didn't give much away after the skate, telling reporters “Everyone who wasn’t skating this morning is an option tonight—including me.”

Both Gaudreau and Backlund were full participants in Game 6 as the Stars went on to win 4-2 to even the series at two games apiece.

The winner of Sunday's Game 7 will take on the Edmonton Oilers in the Western Conference semis beginning next week.