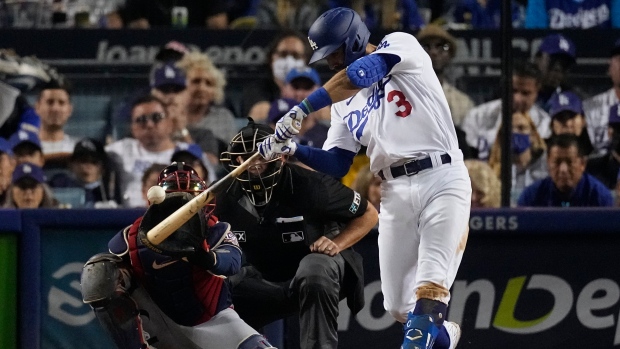 Outfielder Chris Taylor and the Los Angeles Dodgers have agreed to an four-year, $60 million deal, according to Ken Rosenthal of The Athletic.

Rosenthal adds that the deal includes a fifth year option for $13 million.

Dodgers’ deal with Chris Taylor, per major-league source: Four years, $60M with fifth-year option that can increase the total value to $73M.

Taylor was an All-Star for the first time in his career last season, hitting 20 home runs and driving in 73 in 148 games for the Los Angeles Dodgers.

But Taylor’s 2021 season is best remembered for his walk-off home run in the bottom of the ninth inning of the Wild Card Game, sending the Dodgers to the National League Division Series.

After beginning his career with the Seattle Mariners, Taylor has spent the last six seasons with the Dodgers, establishing himself as a reliable bat that can play both the infield and outfield.

The 31-year-old is a native of Virginia Beach, Va., and made his MLB debut in June of 2014 in a game against the Baltimore Orioles.