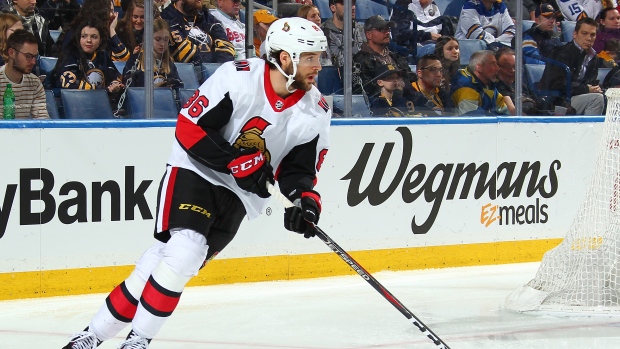 The Los Angeles Kings have placed defenceman Christian Wolanin on waivers, it was announced Friday afternoon.

Wolanin did not play Thursday night as the Kings opened their season against the Vegas Golden Knights with a 6-2 victory.

The 26-year-old was dealt from the Ottawa Senators to the Kings in March for Mike Amadio. In 18 combined games last season, Wolanin had zero goals and three assists.

He was selected in the fourth round (No. 107 overall) in the 2015 NHL Draft and spent parts of four seasons with the Sens before the trade.

No players were waived on Thursday while defenceman Dennis Cholowski was claimed by the Washington Capitals off waivers from the Seattle Kraken.