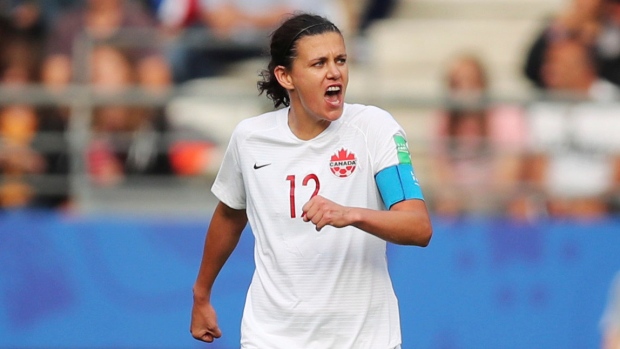 The goal, in Sinclair's 285th outing for Canada, came at Stade Auguste-Delaune. A sliding Sinclair poked in an Ashley Lawrence cross at the far post to tie the game at 1-1 in the 60th minute. The goal comes 7,037 days after she opened her account for Canada — March 14, 2000, in a 2-1 loss to Norway at the Algarve Cup.

It was Sinclair's seventh career goal against the Netherlands.

The forward from Burnaby, B.C., is taking part in her fifth World Cup, tying retired goalkeeper Karina LeBlanc's Canadian record. Sinclair has scored in all five to up her total goal tally at the tournament to 10, second only to Brazil's Marta (17) among active players at France 2019.

It was the fifth goal in 10 games for Canada in 2019 for the Portland Thorns star.