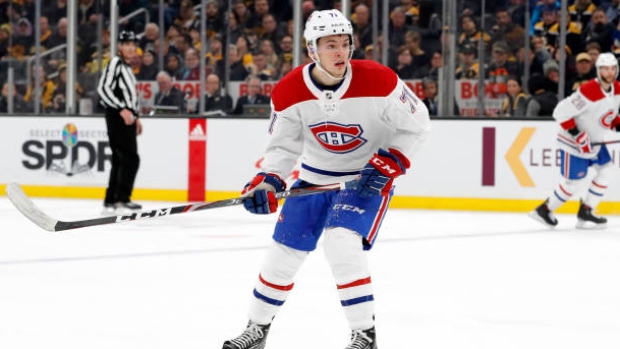 #Habs Julien says Jake Evans is doubtful for Game 4 but hasn’t made a decision about who would draw in if Evans can’t play.

The 24-year-old was making his postseason debut in Game 3, replacing Jordan Weal. Julien said Thursday he had not yet decided who would take Evans spot if he can't play Friday.

Evans had two goals and three points in 13 games during the regular season.