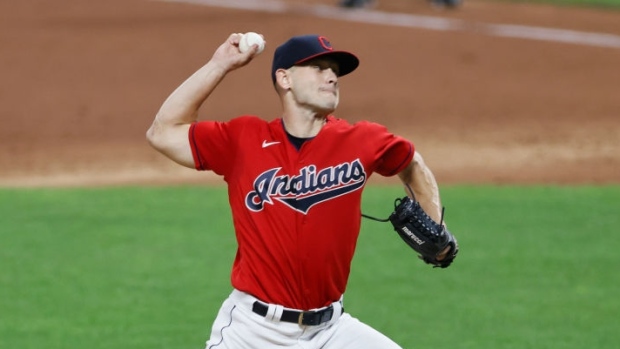 CLEVELAND — Indians rookie reliever Cam Hill underwent surgery on his right wrist after being involved in a car accident in Tulsa, Oklahoma.

Hill shared details of the incident on his Instagram account, saying he was “very blessed to only bang up my wrist. Surgery went really well, most importantly the others involved in the accident were all okay.”

Hill also posted a photo of him recovering in his hospital bed with his right arm heavily bandaged. He gave a thumbs up with his left hand.

Cleveland said Dr. Brian Chalkin, a hand specialist, operated Monday night on the right-hander's lunate bone, located in the mid-carpal joint. The team said surgery went “as expected” and that it does not have any details yet on Hill's rehab or when he might be able to pitch.

Hill made his major league debut with the Indians on July 26 and got his first save two days later against the Chicago White Sox. The 26-year-old went 2-0 with a 4.91 ERA in 18 games with Cleveland.

He made one post-season appearance, allowing three runs in Game 1 of the wild-card series against the New York Yankees.

Cleveland selected Hill on the 17th round of the 2014 amateur draft.