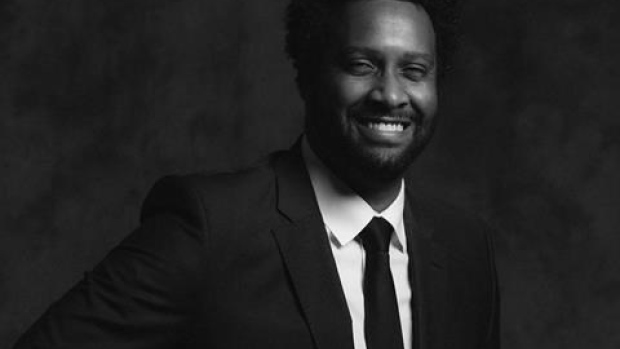 John Wiggins has been preparing for what he’s doing now his whole life.

Even if he wasn’t aware of it.

The important work the Toronto Raptors do off the court that John helps spearhead has been something ingrained in him since he was a child by his mother, Ruth.

“My mother worked for Toronto District School Board and for York School Board as a community liaison officer," Wiggins said. "And wherever she was, I was.

Wiggins is the Raptors’ vice-president of organizational culture and inclusion. He took over the role in July 2020, in the middle of a summer of racial unrest following the killing of Breonna Taylor and murder of George Floyd by police.

The Raptors have since been involved in a number of social justice initiatives. They considered a boycott of Game 1 of their second-round series with the Boston Celtics during the 2019-20 bubble season in response to the Jacob Blake shooting by a police officer. The team publicly decried the storming of Capitol Hill by far-right extremists on Jan. 6, 2021. And a new art installation outside of Union Station, inspired by the words and legacy of Nelson Mandela, was launched by Raptors president and vice-chairman Masai Ujiri.

But the work in the fight against racism and for social change is just beginning for Wiggins and the Raptors.

Wiggins entered his new gig in trying circumstances. After the Raptors finished off their 2019-20 campaign in the Disney World bubble, the team was forced to play their entire truncated 2020-21 season in Tampa, Fla., as COVID-19 ripped through North America.

With the pandemic raging, and the team away from home, Wiggins was handcuffed by what he could do.

With the team back home this season, he and the Raptors have been able to focus on combatting racism and uplifting marginalized BIPOC voices in Toronto and around the country.

For the Raptors, fighting for social justice and uplifting racialized people are important pillars of their team’s organizational values.

“It's great to see somebody actually be an expert in (social justice and diversity) and pay attention to this, just because there are so many nuances to it that I don't even know,” said Ujiri. "Helping the marginalized, the BIPOC community is a priority for us."

A professional sports team doing charitable work isn’t anything new, but the Raptors are unique in creating a position tasked with finding actionable ways the team can use its platform to champion social justice.

Cynics might say that what the Raptors have been doing is merely for publicity, but Wiggins believes the work will show with time.

Wiggins has been doing the work of a culture and inclusion officer for years. Before he took over in his current role, he helped launch the G League's Raptors 905 team.

As part of his construction of the 905’s staff, Wiggins tried to make his new Peel-region-based outfit as representative as possible.

Wiggins's philosophies have carried over into his current role, where he’s been looking for new challenges to tackle. But finding ways to make systemic change isn't easy.

“It’s definitely met with resistance and that resistance shows itself in a lot of different ways," he said. "Sometimes it’s overt and outright – and that’s what we call barriers, right? And then sometimes it’s just challenging because there’s legal agreements and contracts and restrictions and timelines that don’t allow for that change to be seen.”

For the time being, Wiggins and his team have concerned themselves with smaller projects they can get off the ground immediately.

Those include the upcoming launch of a midnight basketball program to help get kids off the street at night, the return of the Raptors Pride Game, which is scheduled for March 30, and helping players and other members of the team with initiatives they want to get into.

The recent scholarship that star guard Fred VanVleet has setup with the University of Toronto’s Rotman School of Management was aided by Wiggins making a few phone calls.

Wiggins actively engages players in conversation, looking for ways these athletes can be more than just athletes.

The midnight basketball program slated to launch in a few months is something that Raptors guard and Toronto native Dalano Banton, will be involved in, because he was part of a similar program growing up. His involvement in the project stemmed from casual chats with Wiggins.

“That just happens from having conversations,” Wiggins said. “It doesn’t need to be a strategic plan of anything just yet. It really is just what’s natural? What do you feel? Where’s your heart?”

Wiggins’s journey as the Raptors vice-president of organizational culture and inclusion is still only just beginning, but he’s ready for the road ahead.

He’s always been ready for it.

"I always wanted to be involved in the community in some capacity. And that’s where I say there’s an intrinsic energy around this job just felt right to take. I’ve always had more of a worldly viewpoint and, really, I’ve got to credit my mom for that because she probably instilled it in me long before I knew what was happening."

This report by The Canadian Press was first published Feb. 24, 2022.