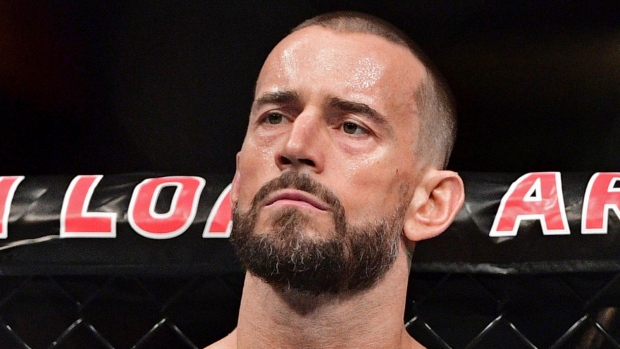 CM Punk might have opened a new chapter of his wrestling career, but he's closing the book on his mixed-martial arts career.

The All Elite Wrestling performer tells ESPN's Marc Raimondi that he is officially out of the U.S. Anti-Doping Agency (USADA) testing pool, effectively ending his MMA career.

CM Punk tells me that he has taken himself out of the USADA drug-testing pool, thereby making him retired from the UFC. First reported by @DamonMartin. This happened in December 2020, per UFC chief business officer Hunter Campbell.

The 42-year-old Punk (real name Phil Brooks) had two fights in the Ultimate Fighting Championship at welterweight after leaving World Wrestling Entertainment in 2014.

Punk fell to Mickey Gall at UFC 203 in Cleveland in Sept. 2016 by submission in his debut fight, tapping out to a rear-naked choke in the first round. Then at UFC 225 in Chicago in 2018, Punk lost to Mike Jackson by unanimous decision, but the result was later overturned due to Jackson's positive marijuana test. Punk has fights remaining on his UFC contract, but has the blessing of the company to pursue professional wrestling once again.

Punk does still have fights left on his UFC contract, so he’d be unable to sign with another MMA promotion. He has the UFC’s blessing to perform for AEW, of course. On whether he’s done competing in MMA, Punk said: "I think so, yeah."

Asked by Raimondi if his MMA career is, in fact, over, Punk responded, "I think so, yeah."

A seven-time world champion in pro wrestling, Punk makes his in-ring debut for AEW on Sunday night's All Out pay-per-view in a match with Darby Allin.