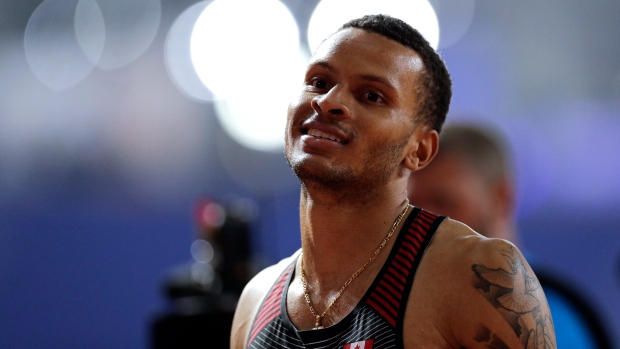 The Canadian Olympic Committee believes athletes that have already qualified for the 2020 Summer Olympics in Tokyo shouldn't have to qualify again if the Games are postponed until 2021 due to the COVID-19 pandemic, COC chief executive David Shoemaker told TSN's Rick Westhead Sunday night.

The COC’s position is that athletes who have already qualified for the 2020 Summer Games in Tokyo should not have to re-qualify if the Olympics are postponed until 2021, COC chief executive David Shoemaker tells me.

On Sunday, Canada became the first country to announce that they would not send a team to the 2020 Olympics if they happen this summer. Shortly after, the Australian Olympic Committee (AOC) told its athletes to "prepare for a Tokyo Olympic Games in the northern summer of 2021."

Earlier Sunday, International Olympic Committee president Thomas Bach said in an open letter that they have given themselves a four week deadline to determine whether or not to postpone the Tokyo Olympics.

The Games are scheduled to run from July 24-August 9.