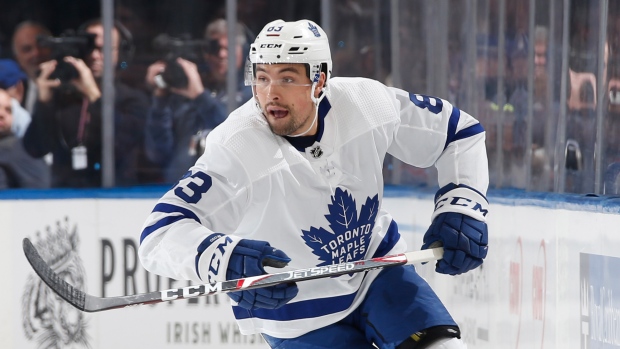 Former teammates Jean-Gabriel Pageau and Cody Ceci took to the ice Friday morning for the first time since the NHL's pause at the Minto Skating Centre in Ottawa.

The two former Ottawa Senators -- Pageau now with the New York Islanders and Ceci with the Toronto Maple Leafs -- arrived to the rink in full gear ahead of their session.

"It’s all kind of evolved this past week…head back to Toronto for Phase 2 and continue skating there," Ceci said.

Though the league has not yet publicly unveiled a start to Phase 2, they said earlier this week while revealing their Return to Play format they expect Phase 2 to begin sometime in early June. TSN Hockey Insider Pierre LeBrun reported Thursday that Phase 3 -- training camp -- will not begin until at least July 10.

"We have some calls today. I’m sure the next few weeks will give us a lot of new information and then some little details that sometimes you have or some little concern you have so I think it will be good to be on those calls to learn more about the rules and what’s going to happen," Pageau said.

"I think they came up with a pretty good solution. I think what they thought up is pretty fair for everyone across the league. It is a little different than what we are used to but I think this format will work," Ceci said.

The league paused its season on March 12, one day after the NBA suspended play once Rudy Gobert of the Utah Jazz tested positive for the coronavirus.