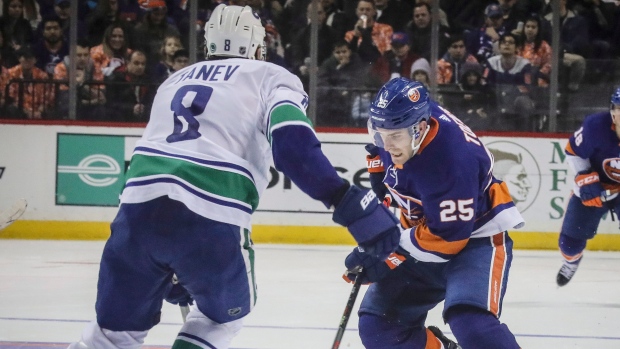 #Isles Transaction: The team has acquired the Colorado Avalanche’s second round selections in the 2021 and 2022 NHL Drafts, in exchange for defenseman Devon Toews. pic.twitter.com/Skc1t1PQsR

The 26-year-old Toews scored six goals and added 22 assists over 68 games with the Islanders in 2019-20, his second season in the NHL. He added two goals and eight assists over 22 games in the playoffs.

The Islanders selected the Abbotsford, B.C., native in the fourth round of the 2014 NHL Entry Draft out of Quinnipiac University.