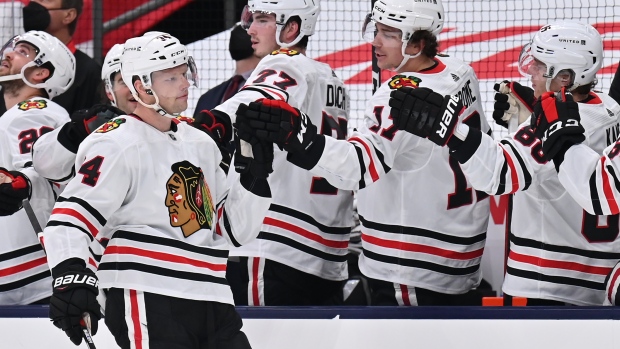 The Chicago Blackhawks have traded veteran forward Carl Soderberg to the Colorado Avalanche in exchange for Josh Dickinson and Ryder Rolston.

This is the fourth time Soderberg has changed teams in the last three seasons and previously spent four years with the Avalanche.

The 35-year-old Soderberg has recorded seven goals and eight assists in 34 games this season.

Soderberg is on a one-year, $1 million deal and will be an unrestricted free agent at the end of the season.