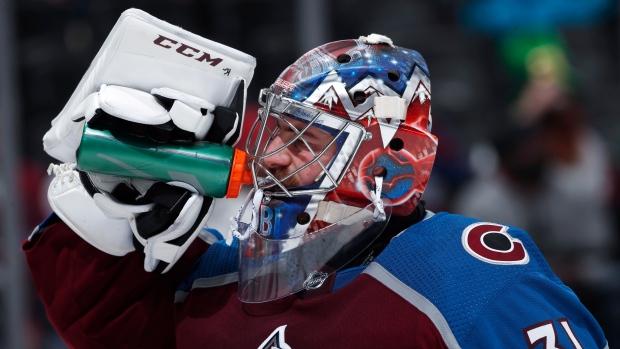 Colorado Avalanche goalie Philipp Grubauer is ready to return to action if the NHL resumes its season, the 28-year-old told NHL.com on Monday.

Grubauer was injured on Feb. 15 during an outdoor game against the Los Angeles Kings at the United States Air Force Academy in Colorado. The incident happened in the third period when he collided with teammate Ian Cole.

"Shortly before the lockdown came I was ready to go, so it hurts even a little more," Grubauer said Monday. "At [that] time we had many injuries, many important players were sidelined, so the pause came at a good time, otherwise we would have started into the players with [our] AHL team. We hope that we can continue soon. Everybody wants to play hockey."

The native of Rosenheim, Germany is currently in his second season with the Avalanche, sporting a 18-12-4 record with a 2.63 goals-against average and a 0.916 save percentage with a pair of shutouts.

Grubauer spent the first six years of his career with the Washington Capitals after they selected him in the fourth round of the 2010 NHL Entry Draft.

The Avalanche sit second in the Central Division with 92 points through 70 games.

The league hit the pause button on March 12 due to the COVID-19 pandemic and it's still very much up in the air whether the 2019-20 season resumes this spring or summer.