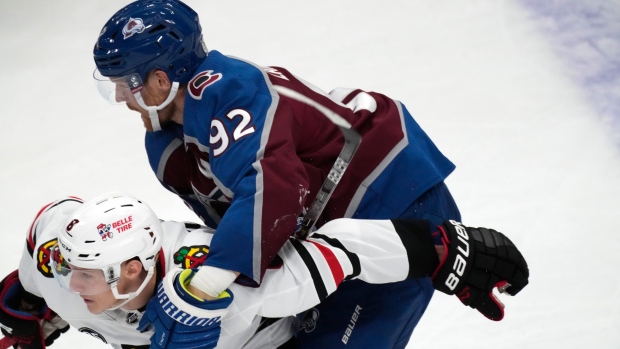 The incident came at 16:26 of the third period when Dach was down on one knee near the boards and Landeskog shoved him into the boards. The Avs forward was given two minutes for boarding and two minutes for roughing and didn't return for the remainder of the game.

Landeskog had a goal and an assist as the Avalanche won the season opener 4-2.