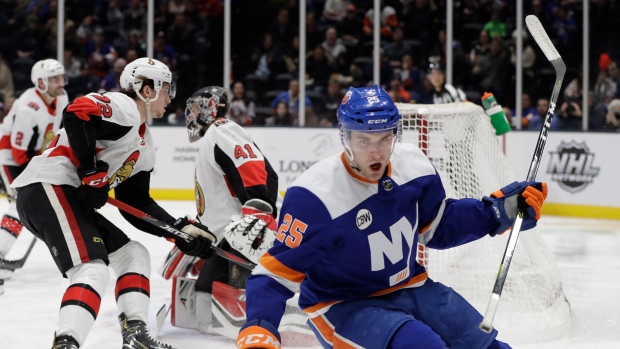 The deal will carry an average annual value of $4.1 million for Toews, who was acquired earlier this month from the New York Islanders for a 2021 second-round pick and a 2022 second-round pick.

He was scheduled to have an arbitration hearing on Saturday.

"We're excited to have Devon under contract for the next four years," Avalanche general manager Joe Sakic said. "As I said when we acquired him, Devon is a smart, two-way, puck-moving defenseman who is a durable defender and is excellent in transition."

The 26-year-old Toews scored six goals and added 22 assists over 68 games with the Islanders in 2019-20, his second season in the NHL. He added two goals and eight assists over 22 games in the playoffs.

The Islanders selected the Abbotsford, B.C., native in the fourth round of the 2014 NHL Entry Draft out of Quinnipiac University.