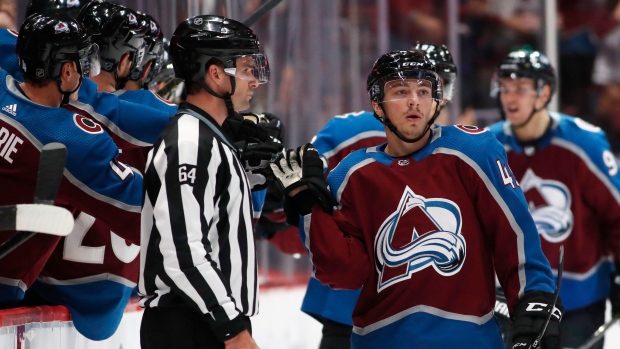 According to Mike Chambers of the Denver Post, the deal is worth a total of $35 million, meaning Girard will carry a $5 million cap hit through the 2026-27 season.

The 21-year-old defenceman had four goals and 27 points in 82 games while averaging 19:53 of ice time last season. He had two assists in nine playoff games this past spring.

“Samuel has been one of our best all-around defensemen since joining the Avalanche," general manager Joe Sakic said in a team release. “He plays important minutes and is someone our coaches count on to play against other teams’ top lines.  He has an exceptional ability to skate and move the puck.  As a member of our core, we felt it was important to sign him to a long-term deal and we are excited to announce this extension.”

Girard was acquired by the Avalanche in Nov. 2017 from the Nashville Predators in a deal that saw the Avalanche trade Matt Duchene to the Ottawa Senators. He was selected by Nashville in the second round (47th overall) of the 2016 NHL Draft.

In 155 career games with the Avalanche and Predators, Girard has eight goals and 50 points with just 14 penalty minutes.