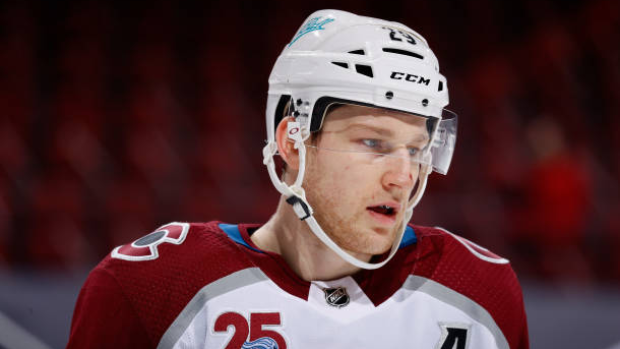 Colorado Avalanche centre Nathan MacKinnon appears to have avoided injury after exiting Wednesday's 4-0 win over the San Jose Sharks following a hit to the head from Joachim Blichfeld.

Blichfeld was assessed a match penalty for the hit, which occurred at centre ice with the Avalanche leading 2-0 halfway through the third period.

"I saw him coming off the ice. He was in the hallway. He seems to be doing good," Avalanche head coach Jared Bednar said post-game of MacKinnon. "I think that we get lucky on it. Hopefully, he's feeling good and everything tomorrow but as of right now he seems to be fine"

The 25-year-old MacKinnon missed time earlier this season with a lower-body injury. He has five goals and 22 points in 19 games this season.