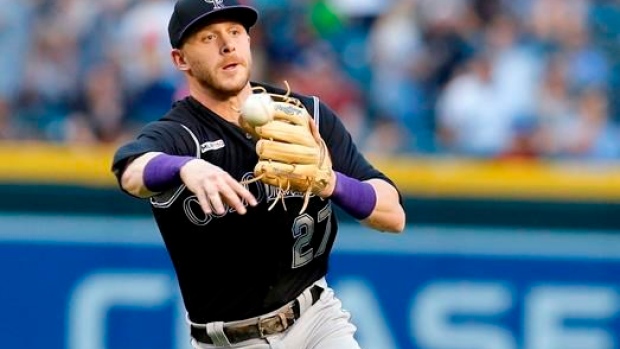 PHOENIX — Colorado Rockies shortstop Trevor Story has been placed on the 10-day injured list with a sprained right thumb.

The Rockies called up infielder Brendan Rodgers from Triple-A Albuquerque in time for Thursday's game against the Arizona Diamondbacks.

Story was injured while sliding headfirst into second base trying to stretch a single into a double in the sixth inning of Wednesday night's game, which the Rockies won 6-4.

Story left the game and was replaced by Pat Valaika. Manager Bud Black said X-rays were negative, but an MRI revealed the extent of the injury.

Rodgers, a top prospect in the organization, was sent down June 15 after making his big league debut on May 17.