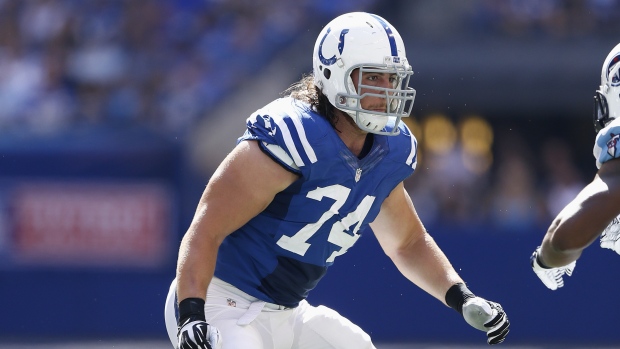 Left tackle Anthony Castonzo did not practice Sunday and coach Frank Reich says he is expected to miss "some time" after apparently re-injuring his right hamstring in Friday night's practice.

Castonzo was injured initially during workouts between the end of Indy's scheduled off-season workouts and the start of training camp. He was activated from the non-football injury list Wednesday.

It's not yet clear who might replace the longtime starter.

The most likely candidate, Denzelle Good, also sat out with a hamstring injury Sunday. Other possibilities include Joe Haeg, who has started in three different spots over the last two seasons, and J'Marcus Webb, who was signed Monday.