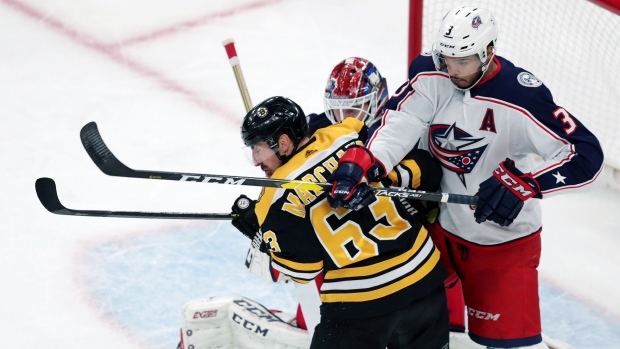 The team said Monday that Jones was injured in Saturday night's loss to Colorado. The announcement came hours before the Blue Jackets face the surging Tampa Bay Lightning.

The three-time All-Star has six goals and 24 assists this season while leading the club in ice time.

These injuries two weeks before the trade deadline, just a total gut punch. At least the Jackets are deep on the blue-line but you don't replace a player like Jones regardless... https://t.co/ayxdedgFZH

The Blue Jackets also announced that they brought up prospect Liam Foudy on emergency recall from the Ontario Hockey League’s London Knights. The 20-year-old Foudy will play centre to replace the injured Alexander Wennberg.

Foudy, 20, was drafted 20th overall by the Blue Jackets in the 2018 NHL Draft. He has 20 goals and 43 points in 32 games with the Knights this season and had three goals and one assists in seven games with Team Canada at the World Juniors in late December and early January.

Columbus has been plagued by injuries this season but has still managed to play its way into contention in the tough Metropolitan Division.