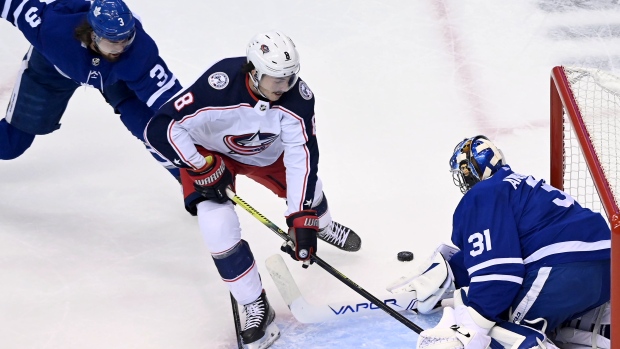 Columbus Blue Jackets defenceman Zach Werenski is scheduled to get an MRI Saturday afternoon for the upper-body injury he suffered Friday in a Game 4 loss to the Toronto Maple Leafs, according to TSN Hockey Insider Darren Dreger.

The 23-year-old left in the third period with the injury.

Werenski scored 20 goals and added 21 assists over 63 games during the regular season and has added a single assist over four qualifying games against the Leafs.

The winner of Game 5 will advance to the Stanley Cup Playoffs.