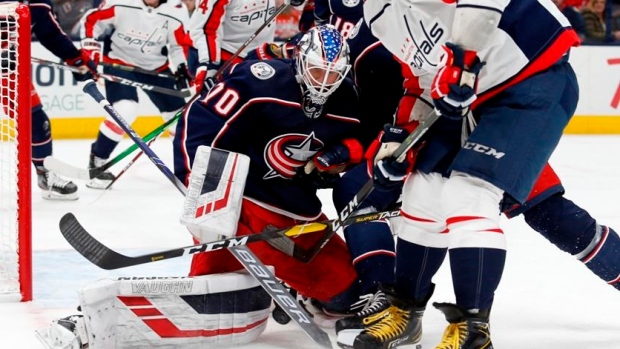 The team said Tuesday the 25-year-old Finn had surgery to repair torn cartilage in his right knee. He was hurt during a shootout in a 3-2 loss to Chicago on Sunday night.

Korpisalo started slowly this season but has been stellar in the past month. He was selected to participate in the NHL All-Star game on Jan. 25, but the injury likely will prevent that.

The Blue Jackets were expected to start rookie Elvis Merzlikins in goal Tuesday night against Florida. On Monday, the team brought up rookie goalie Matiss Kivlenieks from Cleveland (AHL).

Korpisalo joins at least eight teammates who are sidelined with injuries. He was hurt trying to stop a shot from Chicago's Jonathan Toews in the first round of the shootout.