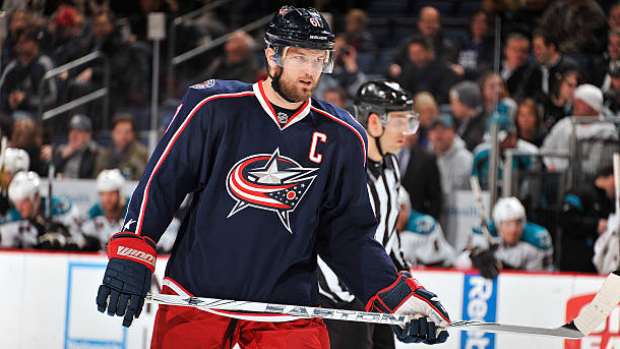 The first jersey hung in the rafters of Nationwide Arena will belong to Rick Nash.

The Columbus Blue Jackets announced on Thursday that the franchise's all-time leader in goals, assists and games played will have his No. 61 retired on March 5 against the Boston Bruins.

There can only be (Sixty) One.

"This is incredibly exciting, not only for Rick and his family, but for our entire organization and our great fans," Blue Jackets president John Davidson said in a statement. "Only one player can be the first to have their jersey retired by a franchise and with everything that Rick has meant to the Blue Jackets it is fitting that he is the one."

Nash, 37, was taken with the first overall pick of the 2002 NHL Entry Draft out of the London Knights of the Ontario Hockey League.

In 2004 as a member of the Blue Jackets, Nash shared the Rocket Richard Trophy (with Jarome Iginla of the Calgary Flames and the Atlanta Thrashers' Ilya Kovalcuk) as the NHL's top goal scorer with 41.