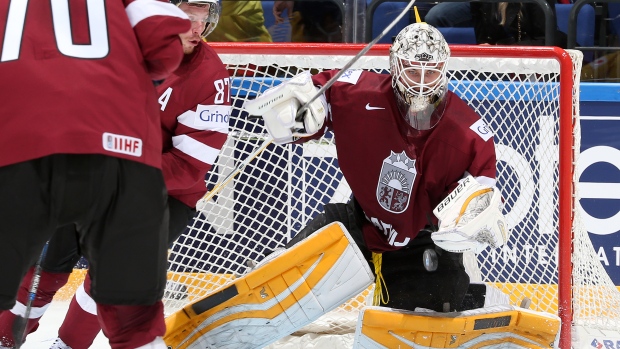 COLUMBUS, Ohio — With free agent Sergei Bobrovsky expected to depart, the Columbus Blue Jackets have locked in goaltender Elvis Merzlikins for next season.

General manager Jarmo Kekalainen said Wednesday the Blue Jackets signed the 25-year-old Latvian to a one-year contract for 2019-20. Merzlikins is expected to compete for the starting job in Columbus.

Joonas Korpisalo was Bobrovsky's backup this past season, and the Blue Jackets also acquired veteran goaltender Keith Kinkaid in a midseason trade. Both players also are free agents but could return to Columbus and compete with Merzlikins for the starting job.

Merzlikins is currently playing for Latvia at the world championships. He was selected by the Blue Jackets in the third round of the 2014 draft. He has been playing in the Swiss National League.