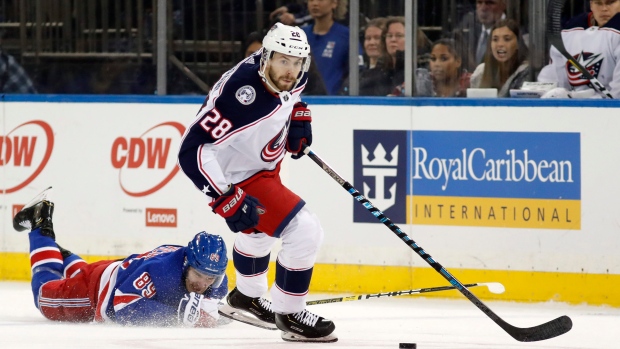 The deal, which runs through the 2025-26 NHL season, will carry an average annual value of $5.4 million.

Bjorkstrand, 25, scored a team-high 21 goals and posted 36 points in 49 games with the Blue Jackets last season. He added three goals in 10 games during the NHL's Return to Play.

"Oliver is a gifted player that has shown steady improvement throughout career to this point and we couldn't be happier that he will be a Blue Jacket for a very long time," Blue Jackets general manager Jarmo Kekalainen said. "He is a dangerous offensive player, and we believe he will be an even more impactful player for us as he continues to develop and mature in this league."

The Herning, Denmark native has 65 goals and 133 points in 246 career games with the Blue Jackets.