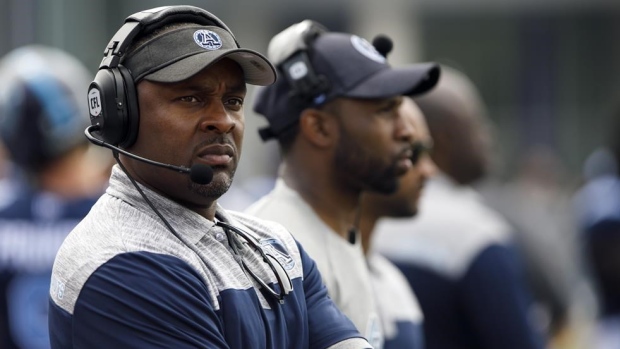 With CFL legend Michael "Pinball Clemons being named the Toronto Argonauts' 20th general manager on Tuesday, many are wondering what the future holds for head coach Corey Chamblin.

The first-year Argos coach wants to keep his current role and would like "clarification" on the team's future. Chamblin told reporters on Tuesday that he would not vacate his head coaching position to become the defensive coordinator if Clemons asks in the future.

#Argos HC Corey Chamblin was asked, hypothetically, would he vacate HC role and only be the team's DC, if asked by new GM Pinball Clemons? Chamblin said "no." Chamblin would like "clarification" on team's direction, but wants to be HC. Chamblin has 2 yrs remaining on his deal.

Chamblin, who still has two years left on his current contract, re-joined the Argonauts this season after the firing of Marc Trestman. The 42-year-old helped the Argonauts win the 2017 Grey Cup as a defensive coordinator and spent last season with the University of Arkansas as a quality control and defensive backs coach.

Before this season, Chamblin served as the head coach of the Saskatchewan Roughriders from 2012 to 2015, winning a Grey Cup and Coach of the Year award in 2013.