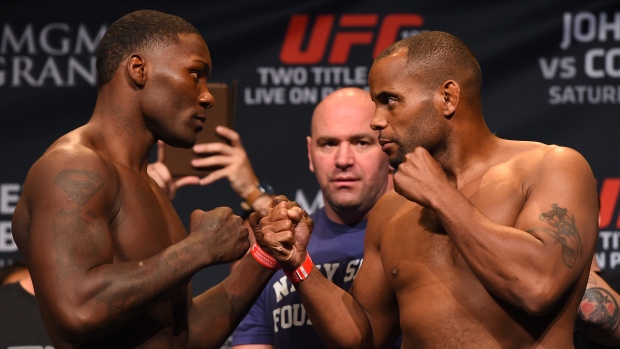 The much anticipated light heavyweight title bout between champion Daniel Cormier and challenger Anthony Johnson has found a home at UFC 206, which will be held at the Air Canada Centre in Toronto on December 10th, the promotion announced on Wednesday.

Cormier hasn’t been in the Octagon since he defeated UFC legend Anderson Silva via unanimous decision in a non-title bout at UFC 200.

Silva stepped in on less than two days’ notice when Jon Jones was pulled from the bout after USADA informed him and the promotion of a possible drug violation.

The 37-year-old’s last title defence was against Alexander Gustafsson at UFC 192, where he won a split decision in the main event.

Anthony Johnson won his way into this title opportunity with a three fight winning streak, capped off with a first-round KO victory over Glover Teixeira, 13 seconds into the co-main event of UFC 202.

He also holds wins over Ryan Bader and Jimi Manuwa during his current streak.

This title bout is a rematch of Cormier’s belt-winning submission victory over Johnson at UFC 187, when the pair met for the then vacant light heavyweight belt.

Since Johnson’s victory to put himself in position to once again fight for the belt, the two fighters have engaged in a few back and forth exchanges on Twitter.

don't know how many times I have to tell you. You will wait for ur whipping until end of December. Y r u rushing? U know what's gon happen https://t.co/OIMjtejT50

The light heavyweight title fight is one of six bouts announced by the promotion for the UFC 206 event in Toronto that will feature a lot of Canadian content.

Montreal’s Valerie Letourneau will make her return to the Octagon in the strawweight division when she meets Poliana Botelho, who will be making her UFC debut after signing with the company in May.

She is currently the ninth-ranked fighter in the strawweight division.

Halifax’s John Makdessi, who fights out of Montreal, will take on Lando Vannata in a lightweight bout.

The Canadian’s last fight was a split decision victory over Mehdi Baghdad at UFC Fight Night: Dos Anjos vs. Alvarez.

Montreal’s Olivier Aubin-Mercier, who got back on the winning track in Ottawa against Thibault Gouti, will face Omaha, Nebraska’s Drew Dober.

Jason Saggo, fighting in his hometown of Toronto, will go in against Russian Rustam Khabilov in a lightweight bout.

Saggo is on a two fight winning streak, having dispatched Justin Salas and most recently Leandro Silva in bouts this year.