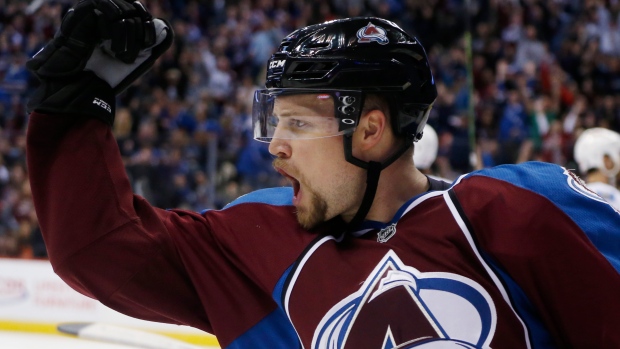 The Edmonton Oilers sit in third place in the Pacific Division and are on the verge of making the playoffs for the first time since 2006 when they made it all the way to the Stanley Cup Final.

In all likelihood, the Oilers will look to add players to the roster before Wednesday's Trade Deadline rather than sell them.

Jim Matheson of the Edmonton Sun says general manager Peter Chiarelli continues to search for a third line centre who excels at faceoffs. Arizona Coyotes' Martin Hanzal and Brian Boyle of the Tampa Bay Lightning, second and ninth respectively on TSN's Trade Bait List, might be too expensive for the Oilers, according to Matheson. The likes of John Mitchell (Colorado Avalanche), Derek Ryan (Carolina Hurricanes) and Riley Nash (Boston Bruins) are more realistic possibilities. All three win 50 per cent or more of the faceoffs they take, but aren't known for their offensive abilities.

TSN Hockey Insider Pierre LeBrun believes the Los Angeles Kings could be in the market for a goalie as the deadline approaches.

LA sits five points out of the second Wild Card spot in the Western Conference with the next few games possibly determining their trade approach, according to LeBrun.

Jonathan Quick, who had been out since early October with a groin injury, was activated Saturday and got the start against the Anaheim Ducks. Peter Budaj and Jeff Zatkoff have shared goalie duties for the Kings this season with Quick on the sidelines.

Even with Jonathan Quick likely activated today, Kings still mulling over merits of trading for a goalie as further insurance.

Having said that, Kings also got to going here and win some games. Next few games will help dictate trade approach.

Don't expect the Philadelphia Flyers to pick up any notable names at this year's Trade Deadline.

Hextall said the Flyers would not be buyers and could become sellers depending on how the next two games go before the deadline.

“We’re not buying. I’ve said that for a while now. We’re not buying. We’ll see where we’re at in a couple days. Like I said, tomorrow’s a big game. I have ideas and we’ll execute them depending," Hextall told Panaccio. “We’ll be making calls and getting calls and we’ll see what’s out there and see where we’re at as a team in the standings and make the appropriate moves.”

Panaccio notes that defencemen Mark Streit and Michael Del Zotto as well as backup goalie Michal Neuvirth could be used as trade chips in the coming days.

Goalie Marc-Andre Fleury is the longest tenured player of the Pittsburgh Penguins, but could have a new home before the Trade Deadline with 22-year-old Matt Murray taking up the majority of starts this season.

Fleury and general manager Jim Rutherford have yet to sit down and discuss the situation, but the plan is to have a conversation before the deadline, according to Jason Mackey of the Pittsburgh Post-Gazette.

“I’m looking forward to what he has to say, what he thinks, which way the team wants to go,” Fleury said in Mackey's article. “Go from there.”

Rutherford has said in the past he would love to keep both Fleury and Murray on the roster this season as Pittsburgh looks to defend their Stanley Cup championship.