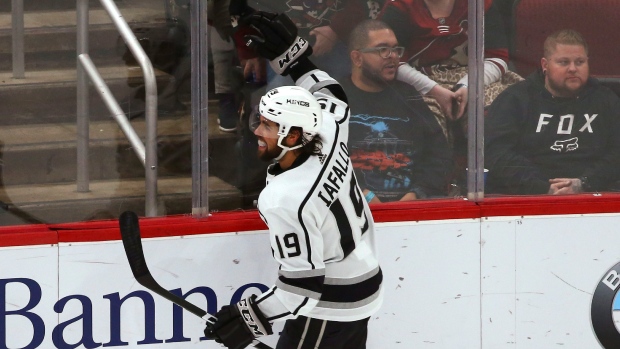 According to TSN Hockey Insider Pierre LeBrun, it's status quo with the Los Angeles Kings and forward Alex Iafallo. LeBrun notes that the Kings hope to sign Iafallo, who is a pending unrestricted free agent, but if they can't, a trade is possible.

Status quo on the Alex Iafallo/Kings front. I suspect tomorrow will be an important day on that matter. Kings hope to sign the pending UFA. But obviously if they can't do that, trade is possible.

TSN Hockey Insider Darren Dreger also says the Kings are in the same situation with Andreas Athanasiou, who is also a pending unrestricted free agent.

A fourth-round pick (110th overall) by the Detroit Red Wings at the 2012 NHL Draft, the Woodbridge, ON. native has suited up for the Red Wings, Edmonton Oilers and Kings.