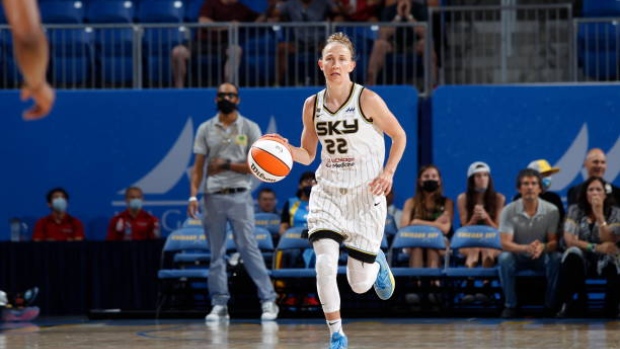 Allie Quigley and Ruthy Hebard each added 13 points for the Sky (7-7), who led 67-64 after three quarters and pulled away in the final three minutes, sparked by a corner 3-pointer from DeShields that broke open a two-point game. Candace Parker and Vandersloot followed with baskets as the Sky pulled away.

Brionna Jones had a career-high 22 points on 10-for-16 shooting to go with eight rebounds to lead the Sun (8-5), who committed 18 turnovers in losing their third straight game. DeWanna Bonner added 17 points, eight boards and six assists.