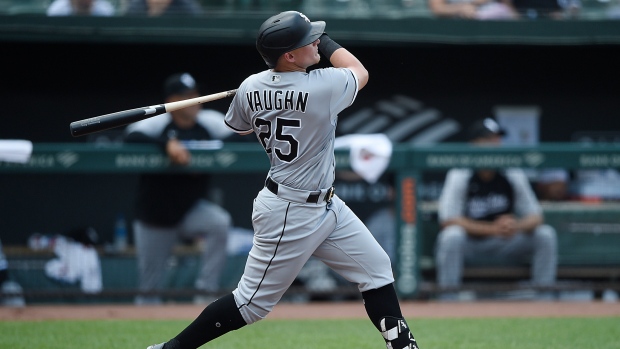 Welcome to an all-star edition of Covering the Bases.

With the Major League Baseball all-star break scheduled from July 12 - 15, Week 15 matchups in most fantasy leagues will stretch two weeks, lasting until July 25.

This will give managers plenty of time to sit back, relax, and enjoy what should be a memorable Home Run Derby.

This year’s field is headlined by home run leader Shohei Ohtani, defending Derby champion Pete Alonso, and the light-tower power of Rangers’ outfielder Joey Gallo. With a star-studded lineup there’s a decent chance that the record for longest home run at a Derby, 513 feet set by Aaron Judge in 2017, will be broken on Monday night.

In the thin air of Coors Field, expect all eight participants to put on a show.

The six players below didn’t make the all-star team but are more than capable of producing for your fantasy squad. All are rostered in under 50 per cent of ESPN leagues.

Peterson, along with Willy Adames and the rest of his Brewers teammates, has caught fire over the past few weeks.

The 31-year-old has adjusted his approach to hit more fly balls and fewer ground balls and the results have him on pace for the best hitting season of his career. Once he cools off, the veteran infielder will still be a good source of ratios and runs scored.

As a rookie playing above High-A for the first time in his career, Vaughn is expected to have peaks and valleys in his performance.

Vaughn has significantly lowered his strikeout rate during his hot streak, striking out in just 16 per cent of his at-bats, down from 26 per cent in June. He is also making much better contact with the ball and, according to FanGraphs, has not put a ball in play this month that can be categorized as “soft contact.”

As he continues to gain major-league experience, Vaughn will continue to be up and down, but the powerful White Sox lineup around him should give him plenty of opportunities to be successful.

The Rays called up another top prospect last week, adding Brujan to the major-league roster following the injury to outfielder Manuel Margot.

In his first game with the Rays, Brujan went 1-for-3 with an RBI, a run scored, and a stolen base. His biggest asset at the major-league level will be his speed, as he stole 15 bags in 49 games in Triple-A this year.

The 23-year-old also flashed power for the first time this season, hitting nine home runs with a .471 slugging percentage before he was called up.

Brujan will play all over the field for the Rays, as he has already played second base and both corner outfield spots in his first three games. The ability to slot him in at multiple positions will make Brujan even more valuable as the season wears on.

Any manager looking for help in the stolen bases category should add Brujan immediately.

Gilbert continues to shake off his tough major-league debut and posted the best start of his career in his final appearance before the all-star break.

Last week against the New York Yankees, Gilbert tossed seven shutout innings, allowing just one hit while striking out eight. Since the beginning of June, the 24-year-old has gone 3-0 with a 2.25 ERA and 37 strikeouts across 32.0 innings.

The rookie’s prospect pedigree is shining through, and he deserves a spot on all rosters as he moves into the second half of the season.

McKenzie came into the season as a breakout favourite after finishing 2020 with a 3.24 ERA and 42 strikeouts across 33.1 innings. Things didn’t go well for the 23-year-old to start 2021 as he registered an ugly 6.38 ERA over 10 starts before being sent to Triple-A to work on his control.

McKenzie was brought back to the majors for one start prior to the all-star break and was very impressive, tossing seven shutout innings against the Kansas City Royals. He allowed just two baserunners and struck out nine in his best start of the season.

McKenzie walked 12 batters in 21.1 innings after being sent to Triple-A, so his control is still something to keep an eye on. However, if he’s able to lower his walk rate to the 7.1 per cent he posted last season, as opposed to the 18.9 per cent this season, he could be a very useful addition in the second half.

After Hector Neris and Jose Alvarado failed to lock down the Phillies’ closer role, it appears that Suarez is the next man in line.

Suarez is the easy choice for manager Joe Girardi, as the 25-year-old has pitched well this season, carrying a miniscule 0.83 ERA in 20 appearances. He earned his first save on July 3rd and, at the very least, is at the top of a bullpen committee in Philadelphia.

The Phillies have not earned a save chance in over a week so it remains unclear if Suarez will indeed get the next shot. However, he is worth a flier for any manager chasing saves in case he is able to run away with the job.