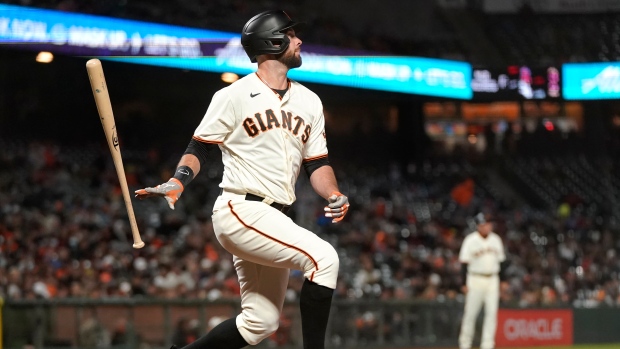 As we head into the final weeks of the season, the time for waffling on roster moves is over. Any player sitting on your bench who isn’t an immediate asset should be dropped for a streamer or a hot bat.

Pay close attention to matchups and take advantage of schedules, ensuring you get the most production out of your lineup each day of the week.

With most leagues heading into Championship Week, this will be the final edition of Covering the Bases for the 2021 season. I hope everyone that read found something that helped them over the course of the season.

Any mangers looking for one final championship push can add these six players rostered in fewer than 50 per cent of ESPN leagues.

Belt is quietly having one of the best seasons of his 11-year career. The 33-year-old has hit a career-high 26 home runs to go along with 54 RBI in just 90 games this season.

The 33-year-old Belt has gotten hot over the past three weeks, hitting .315 with seven home runs and 14 RBI, and 17 runs scored in 18 games over that span. He has consistently hit second in the Giants’ lineup and the move has led to one of the best stretches of his season.

The Giants have been one of the highest-scoring teams in the league and Belt will continue to produce plenty of counting stats as long as he occupies a premium spot in the lineup.

Thomas has been excellent since the Nationals acquired him from the St. Louis Cardinals in exchange for pitcher Jon Lester. In 31 games with his new club, the 26-year-old outfielder is slashing .308/.397/.538 with five home runs, 22 RBI, and 23 runs scored. Thomas has also chipped in two steals.

Steals could be a huge part of his future potential as has a sprint speed in the 95th percentile league-wide, according to Statcast. His speed has yet to result in steals at the major-league level, but the potential to be a consistent threat is there.

Thomas has found success at the dish thanks to his excellent plate discipline. He has a walk rate of 13.2 per cent with the Nats, which would rank 10th among all qualified batters. His 0.62 walk-to-strikeout ratio would be tied for 24th among qualified batters.

If Thomas continues to hit leadoff in front of Juan Soto and Josh Bell, he should score plenty of runs.

Like his teammate, Belt, Longoria is enjoying an offensive resurgence with the league-leading Giants. In just 63 games, the veteran third baseman has hit 13 home runs and driven in 46 runs. His current .290 average is the second-highest mark of his career and, if he maintains it through the end of the season, his .934 OPS would set a new career high.

The three-time all-star has been on fire in September since returning from hand and shoulder injuries. In 12 games, he has slashed .306/.413/.667 with three home runs and 15 RBI.

Longoria was extremely productive before multiple injuries forced him to miss all but seven games from June to September and his current roster percentage reflects the time he has missed this season. When healthy, Longoria has been one of the most productive bats in fantasy.

It’s rare that managers have the opportunity to grab a potentially elite closer this late in the season. However, Giants’ closer Jake McGee suffered an oblique strain and was placed on the injured list, meaning that Rogers will be in the ninth-inning mix for the foreseeable future.

Rogers has been one of the most effective late-inning relievers in the majors this season, racking up 12 saves and 27 holds on the team with the best record in the majors. Although he has struck out just 49 batters over 72.0 innings, his 1.97 ERA and 0.99 WHIP will be very valuable for managers.

The 30-year-old has one of the most interesting Statcast pages in the league. He is near the bottom of the league in whiff rate and spin rate but is elite in several categories, including the 100th percentile in barrel rate and 99th percentile in walk rate. 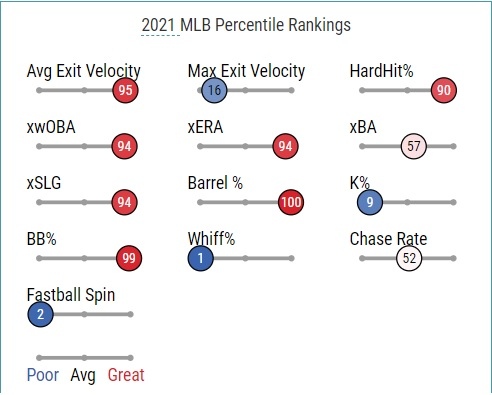 Dominic Leone earned a save chance on Saturday and the Giants could be using a committee moving forward. However, Rogers should see the most save chances among the group.

Cortes has been an underappreciated fantasy starter since entering the Yankees’ rotation. In nine starts, the 26-year-old has posted a sterling 2.94 ERA with 53 strikeouts in 52 innings.

Over that span, Cortes has pitched at least five innings in each of his starts and has allowed three or more runs just twice. While Cortes is likely due for some regression, his expected ERA is 3.07, indicating that Cortes is still pitching at a level that will be useful to managers in the playoffs.

Gonsolin has battled injuries this year but has the chance to be a great late-season addition for fantasy managers. Since returning from shoulder inflammation, the 27-year-old has allowed just one run and five hits over 8.0 innings in two starts.

This season, Gonsolin has posted a 2.47 ERA in 43.2 innings while striking out more than one batter per inning. In 12 appearances, he has allowed more than one earned run just once.

One concern for Gonsolin is the length of his starts, as injuries have interfered with his ability to get stretched out and pitch deep into games. He made strides in the right direction in his last start, needing just 67 pitches to go five innings against the Arizona Diamondbacks.

With the Dodgers’ offence behind him, Gonsolin only needs to reach five innings to have a good shot at a win, and managers looking for help in that category should take a close look at Gonsolin. Managers in quality start leagues can pass on the right-hander, as he has not pitched more than 5.1 innings in any start this season.