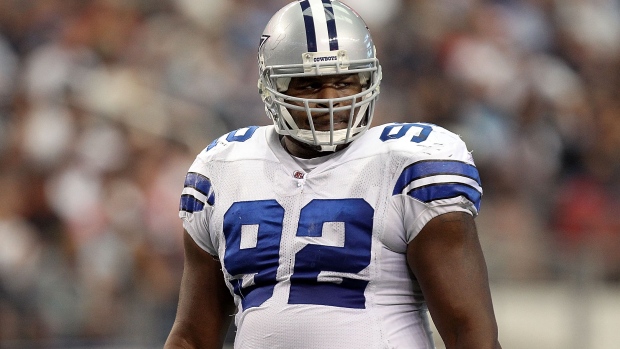 Brent was downgraded Saturday from doubtful to out after sustaining the injuring during practice Wednesday.

He played for the first time in two years last week against Chicago, taking 22 snaps and finishing with two tackles. Brent was suspended for the first 10 games following his intoxication manslaughter conviction in January.

Before his return, Brent hadn't played since Dec. 2, 2012, six days after the drunken-driving crash that killed teammate Jerry Brown.

The injury put Brent's return this season in question because the Cowboys only have two regular-season games left. He has a non-guaranteed contract for next year.