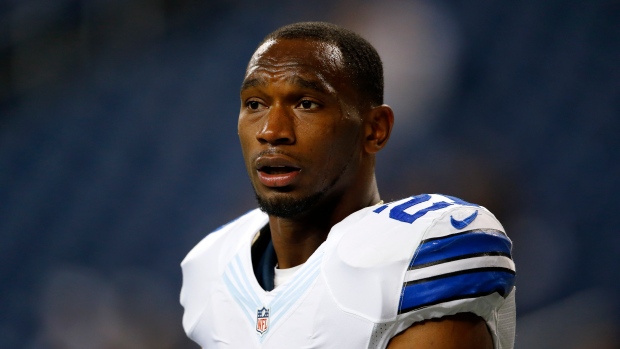 Dallas running back Joseph Randle has been arrested for the second time in less than four months, this time on suspicion of marijuana possession after a domestic violence call to police in his hometown in Kansas.

Wichita police spokesman Lt. James Espinoza said Randle was arrested early Tuesday after the 22-year-old mother of Randle's child called 911 to report she fought with him in a hotel room. Espinoza said the woman showed no signs of being injured. She was there so Randle could see his child.

The 23-year-old Randle was arrested after a small amount of marijuana was found, and he was ordered to appear in court in three weeks on the possession charge. He wasn't taken into custody.

Espinoza said there was a report of a weapon being involved, but police couldn't find one and were told another man left with a handgun. An investigation is continuing.

It's the second arrest since October for Randle, who faced a misdemeanour shoplifting charge at a Dallas-area mall after police in the suburb of Frisco say he was accused of taking $123 worth of cologne and underwear from a department store.

NFL spokesman Greg Aiello said in an email to The Associated Press that the league "will look into it."

Randle is the backup to 2014 NFL rushing leader DeMarco Murray, who is set to become a free agent. He had 343 yards rushing and three touchdowns in his second season.

A fifth-round draft pick in 2013 after skipping his final season at Oklahoma State, Randle has two years remaining on his four-year, $2.3 million rookie contract.