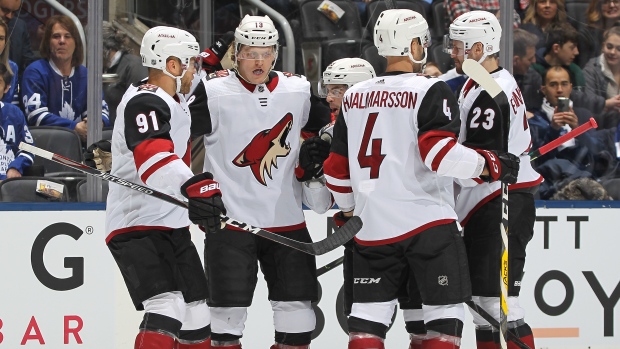 GLENDALE, Ariz. — The Arizona Coyotes confirmed Thursday that they are parting ways with president and CEO Ahron Cohen.

Cohen has been with the Coyotes since being hired in 2015 as chief operating officer and chief legal officer by previous owner Andrew Barroway. Cohen was named president and CEO in 2017 after Steve Patterson stepped back to serve as a consultant and adviser after a year on the job.

Alex Meruelo purchased a 95% stake in the team less than a year ago and signed general manager John Chayka to a long-term contract extension early in the 2019-20 season.

The Coyotes were still in contention for a Western Conference playoff spot when the NHL season was put on hold due to the coronavirus pandemic.

Cohen practiced as a corporate attorney in Phoenix before joining the Coyotes.