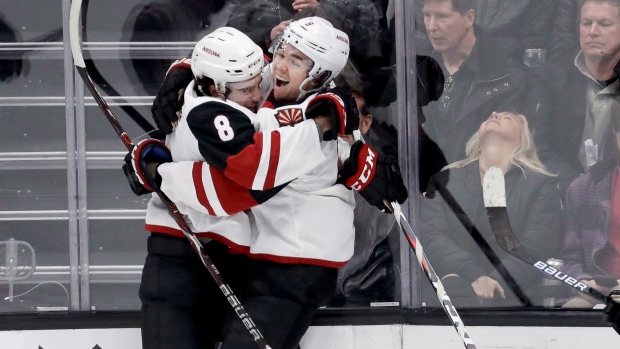 GLENDALE, Ariz. — Arizona Coyotes centre Nick Schmaltz is out indefinitely after being placed on injured reserve with a lower-body injury.

Schmaltz was scratched from Wednesday's game against Edmonton and the team said Thursday he is week to week.

Schmaltz has given Arizona an offensive spark since being acquired in a trade with Chicago on Nov. 25, scoring five goals with adding nine assists in 17 games. Arizona sent Dylan Strome and Brendan Perlini to Chicago in the deal involving three first-round draft picks.