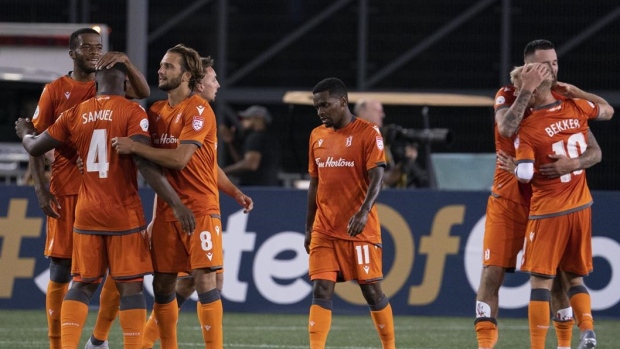 The 22-team competition is a feeder tournament that will send six clubs to the Scotiabank CONCACAF Champions League, the flagship club competition in the region that covers North and Central America and the Caribbean.

Should Forge advance, it will face Panama's CA Independiente de La Chorrera in the round of 16. Independiente and FAS both lost in the preliminary round of last year's tournament.

CD FAS, whose full name is Club Deportivo Futbolistas Asociados Santanecos, is based in Santa Ana, playing its games out of Estadio Oscar Quiteno.

Hamilton-based Forge made it to the CONCACAF League quarterfinal last year, losing in a penalty shootout loss to Haiti's Arcahaie FC. It then lost 1-0 to Honduras's CD Marathon in a play-in match, which represented one final chance to qualify for the CONCACAF Champions League.

Forge downed El Salvador's CD Municipal Limeno 2-1 in the preliminary round and Panama's Tauro FC 2-1 in the round of 16 prior to the loss to Arcahaie.

Forge kicks off the CPL season on June 27 against Valour FC in Winnipeg.

This report by The Canadian Press was first published June 16, 2021.