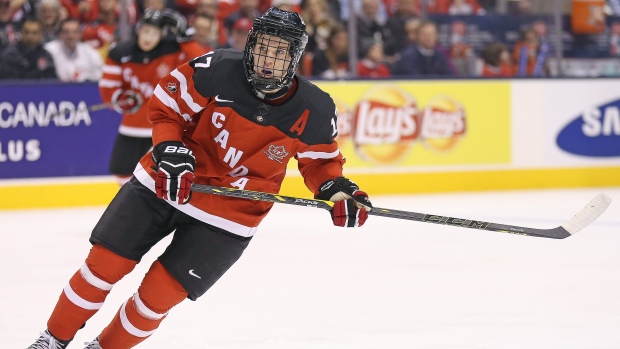 Connor McDavid and Jack Eichel find themselves in the same place this month as last month on Craig's List - in a dead heat at No. 1.

Surely, the World Junior Hockey Championship paved the way for a clear cut declaration. There were times early on in the tournament when I felt that way and that surely Eichel was No. 1. There were also times later in the tourney when McDavid demonstrated he was destined for the first spot on the list.

It's precisely for those reasons they remain deadlocked. Each showed their tremendous abilities and made a case for why they should be the first overall pick, yet nothing convinced me that one has the edge on the other.

Two great players come to mind when I think of these two young stars - Magic Johnson and Larry Bird, basketball Hall of Famers who were instrumental in leading their teams to championship stature. Each was great, but in very different ways and with different skill sets. While neither was more important or less important to their teams, their impact on the NBA was renowned. The managers of their respective teams may have found themselves in the most unique of situations, that being they could only trade one for the other. They wore sweater numbers 32 and 33 respectively and that may have been the only thing that separated them by one.

Two players who stood out at the World Junior Championship took a significant leap forward. Mikko Rantanen was Finland's most productive player and showed an ability to play a well-rounded game where he could have an impact in multiple ways. Lawson Crouse - Canada's youngest player - became a very important cog in their lineup as the tourney progressed. He demonstrated his ability to contribute with his skating, smarts, size and strength and was part of a very important and formidable line that helped Canada to gold.

London Knights winger Mitchell Marner, the leading scorer in the Ontario Hockey League, is an electrifying talent. Erie's Dylan Strome has also been atop the scoring race since the beginning of the season and have both shown they can lead their teams to success in the absence of more highly-acclaimed teammates. They've established themselves as the next best two players after McDavid and Eichel. Noah Hanifin is a very good prospect, the difference between him and Michigan blueliner Zach Werenski is razor thin. Along with Sweden's Oliver Kylington and Russian defenceman Ivan Provorov of the Brandon Wheat Kings, they form a quartet of blueliner who embody what NHL teams are looking for.